Known to many as The Stork Lawyer ®, Elizabeth Swire Falker (Liz), graduated from Wellesley College and The Benjamin N. Cardozo School of Law. She was admitted to practice law in the State of New York in 1994 before the Appellate Division, First Department, and also is admitted in the United States District Courts for the Southern and Eastern Districts of New York, and the Second Circuit Court of Appeals. After spending eight years as a commercial litigator in Manhattan and going through her own infertility journey, in 2004 she re-focused her career and now practices in the areas of reproductive and adoption law (The Stork Lawyer).

In addition to her legal background, she is the author of two commercial books on infertility and adoption, including the bestselling, cult classic, The Infertility Survival Handbook (Riverhead Books), and The Ultimate Insider’s Guide to Adoption (Warner Books). She also has published two law review articles including, The Disposition of Cryopreserved Embryos: Why Embryo Adoption is an Inapposite Model for Application to Third-Party Assisted Reproduction, 35 William Mitchell L.R. 489 (2009). Liz also has a very popular blog which was recently listed by the American Bar Association among its directory of best legal “blawgs.” She is a Fellow of the Academy of Adoption and Assisted Reproduction Attorneys, and a member of the American Society for Reproductive Medicine, the American Bar Association’s Family Law Section and its Committee on Assisted Reproduction, and NYAAFF (New York Attorneys for Adoption and Family Formation). 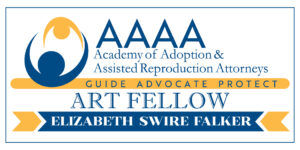 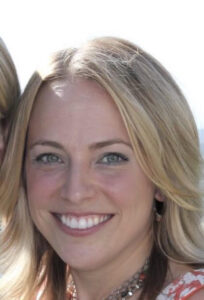 Kelly graduated Magna Cum Laude with a B.S. from Lehigh University with a major in Business and Economics and a minor in Accounting, and in the Spring of 1990 she successfully passed her CPA exam and became a Certified Public Accountant. After initially working at Price Waterhouse LLP, in 1990 Kelly joined a start-up venture in the food establishment industry, of which she was co-owner until 1996 when it was sold. She thereafter held the position of the Accounting and Reporting Manager of Tommy Hilfiger, USA. Shortly after joining Tommy Hilfiger, Kelly was invited back to Price Waterhouse Coopers where she stayed for six years in the United States as a Senior Audit Manager, and two years in its London office.

After she took a short break to focus on her own family building, in 2005 Kelly opened her own accounting business serving small businesses in the Boston area. In 2008, Liz and Kelly met through a mutual friend and Kelly began assisting Liz with the financial management of her law practice, including assisting with the administration of escrow for Liz’s egg donation and surrogacy clients. In 2009, Kelly started and co-owned Conceptual Escrow, Inc., an escrow management business that primarily served the egg donation community. Conceptual Escrow closed in 2011. Shortly thereafter Kelly joined Liz in the establishment of Stork Escrow!

Liz and Kelly offer over eighteen years of experience in the legal and accounting fields, and many years assisting individuals and couples seeking to form their families through third-party assisted reproduction. Liz and Kelly share a passion for helping socially and medically infertile families and a dedication to providing exceptional service in the third-party assisted reproduction industry that is sadly riddled with corruption and manipulation. With a mutual desire for open communication with their clients and the strict regulation of funds, together Liz and Kelly hope to raise the bar for escrow management within the infertility community. The Stork Escrow Management Connection, Inc. ™, is happy to serve both egg donation and surrogacy agencies as well as individuals and couples entering into independent arrangements. With a worldwide client base, Stork Escrow is proud to offer exceptional service at competitive rates.

You can also visit Liz’s blog at The Stork Lawyer Blog for more information about recent events in the world of infertility, including information on escrow management.

Ready to get started?

Fill out our New Client Application »